Crown your Ancestors or bury them: The Struggle to protect the Temple of Aphrodite in Thessaloniki

In an ancient part, of the modern city of Thessaloniki, now a part of the municipality of Thermaikos lays the Square of Antigonidon. Once part of a sacred district of temples, today if one were to drive by the square you would never realize that under the areas urban sprawl and sandwiched in-between modern buildings lays a treasure of enormous significance, a beautiful 6th century temple to the Goddess Aphrodite.

First excavated in 1936, the temple, which is 200 years older than the Parthenon was all but forgotten during the Nazi occupation of Greece in World War II. It was not until 2000, that fate of this lost treasure resurfaced due to the demolition of a two story building, which rested above the temple. This allowed archaeologists once again to excavate the location. This time having the opportunity to uncover one-third of this forgotten piece of Thessaloniki’s history and thanks to the efforts of those involved, a small fraction of the treasures from this site is now on display in the Archaeological Museum of Thessaloniki.

In any other part of the Mediterranean, such a discovery would have made headlines worldwide, but in Modern Greece, this magnificent monument remains unknown to the general public and, in fact, is in danger of being used as the foundation of a new apartment structure. At present, the Greek Government is attempting to entomb and conceal the Temple, rather than fully excavating the site. Originally upon its discovery, an initial decision was made to continue its excavation; however, this decision was later overturned. Since then the fate of this important part of Hellenic history has been ‘frozen’ and was rescheduled to be discussed in April of 2011, but has since been postponed to be reopened early this year. If the Greek Government and the property owner get their way, the temple will remain buried, and an irreplaceable national treasure will be lost.

At a time, when Greece finds itself in an economic and social crisis, this ancient Temple is nothing more a gift from the Gods. The Temple of Aphrodite is a National Treasure with the potential to be the symbol the country needs to pull through these tough times. It represents a piece of our ancient Glory that we have lost, further proves the Hellenic nature of the ancient Macedonians and provides Thessaloniki with an opportunity to revitalize our ruined economy with what certainly could be the most spectacular tourist attraction in all of Northern Greece.

Why then would the Government want simply to rebury such an incredible find? The response or lack of from the Greek Government displays just how corrupt and apathetic politicians are to our heritage and future. It reeks of a biased agenda against developing any place other than Athens and our unconscious decision to yield to the radical revisionists from Skopje. Which brings us to the question if this is a deliberate attempt to further forfeit Hellenic History to Skopje or perhaps an attempt, to prevent the development of Northern Greece via the increase of tourism? Maybe it is an attempt to prevent the honoring of the city’s ancient history to maintain its Christian image, or could, it all just be a basic question of greed, despair and indifference. The answer is all of the above, but it is greed, despair and indifference that reign at the heart of this issue.

For as you see, the site of the Temple is private property and it is the owner that wishes to be allowed to cover up this site and build a residential condominium over it. However, at a time when Greeks cannot afford to pay their rent, who does the owner think he will get to live there? Now it is expected that during these tough economic times that despair and indifference might cloud ones judgment, especially when one must choose between economic survival and glorifying our heritage.

In the end, one thing is particularly obvious, we as Greeks, have lost our tradition Hellenic values and yet still we have the audacity to call ourselves Hellenes! The sad truth is that we are nothing more than Graikoi, and this vile betrayal of our heritage undermines the magnificent legacy of our ancestors. It is this loss of our traditional values and our anti-Hellenic behavior which has led our nation to its current state. So as a nation, let the municipality of Thermaikos hear our cry, ‘Restore the Temple of Aphrodite’.

For further information or to sign the petition for the restoration of the Temple of Aphrodite please visit
http://templeofvenus.gr/ 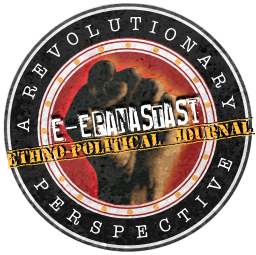 E-Epanastasi is an online think-tank dedicated to promoting new innovative solutions to the current troubles, which have befallen the Greek ethnos.

Our objective is to provide a forum on issues concerning Hellenic Identity & History, discrimination against our ethnic kin and a fresh perspective on the political system that has led the Greek people into poverty and modern day economic slavery.

This journal features articles on political philosophy, Identity, and forms of discrimination that are not discussed by the mainstream; as well as commentary on current events throughout the Hellenic World. 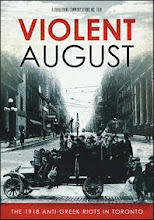